Rabbi Yishmael ben Yohanan lived in Jerusalem at the time of destruction of the Second Temple, (90-135 C.E). He was a powerful scholar who was known for his kindness to everyone he met. 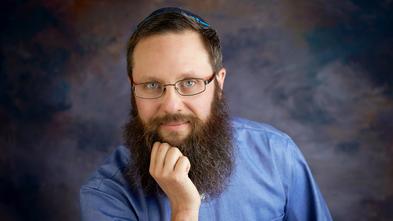 ​is closer than you think.

In order for you to understand why I do what I do and how it can benefit you I want to share the highlights of my academic and professional career. For those of you familiar with psychotherapy you will notice how the telling of a story informs our understanding of a person. For those of you unfamiliar with the process of therapy, this will be an introduction to the concept.

My parents were both educators born in Wyoming during the Great Depression. When I was a child they moved us to northern New York and raised us on a farm. They believed it would benefit my brothers and I to understand the cycles of life. Every member of the family contributed to the best of our abilities. Even in the bitter cold of winter it was not uncommon for my mother to birth the lambs and calves while my father was at work.

In high school I studied Japanese and became an exchange student in a rural town in Kyushu, Japan where I spent many hours exploring the local Buddhist and Shinto temples. My interest in comparative philosophy continued at Hampshire College in Massachusetts where I was encouraged to pursue my passion through an individualized program of study.  I was fortunate to spend several months living with Tibetan monks in India and Nepal. In Thailand I learned Vipassana meditation.

I then attended the Bryn Mawr Graduate School of Social Work and Social Research. My graduate thesis explored the unique role of silent prayer in the lives of Orthodox Jewish women. After graduation I moved to Israel where I learned Hebrew and became a grant writer for the Tel Aviv Rape Crisis Center. The first time I went to the Kotel (Western Wall) in Jerusalem I knew my soul was home.

Since moving to New Mexico I have been a pioneer in several fields. My work with people with Intellectual Disabilities challenged the standard approach of behavioral control by giving them access to psychotherapy. From 2004-2010 my clinical work focused on the unique needs of true transsexuals. From 2011-2016 I co-owned and managed Fox Therapy Inc. where we provided personalized care in an intimate setting for those seeking both medication management and psychotherapy. In order to pursue my goal of integrating energy work into psychotherapy I formed a new company, Inspire Divine Energy Awareness Inc.

In 2015 I became a Certified Thanatologist because I wanted to support individuals and their families after a family member has passed away. Based on my earlier research I know that the awareness of our physical mortality can be a powerful impetus for choosing to live a meaningful life. As we age, we recognize that we are more than physical beings. We recognize that to develop a relationship with G-d is to attain the awareness that our lives have meaning beyond our physical pursuits. My focus in grief work has reinforced this knowledge for many.